“This is truly a love story.

Having taken a share in a summer place three doors down from the Parker House in summer 1985, we kick things off by venturing into the legendary Parker House late Saturday afternoon of Memorial Day weekend for a few beers and clams with a few of ‘the boys’.

Not long thereafter, I glance over and see the most stunningly beautiful girl in the world and think, ‘Oh my God, but she must be waiting for her boyfriend.’ It seemed like an hour but was more like ten minutes and having glanced over countless times to see her still standing there with a friend, I get up the courage to go introduce myself. Not long into our conversation, a friend grabs me and says, ‘LD, we’re headed to Belmar, let’s go.’ In true rookie fashion, I not only fail to get her number but also her last name. I had a lot to learn.

As fate would have it, two weeks later I am back in the same position at the same time and glance over once again to see ‘this most beautiful girl in the world.’ I waste no time in engaging her and immediately inquire, ‘what’s your last name and what’s your number?’ The rest as they say is history. We fell in love over the course of that summer, got engaged 15 months later and married in June 1987. Four beautiful children and 37 years later, I welcome returning to where it all began for us when we were ‘just kids’ to celebrate my beloved’s 60th birthday filled with the pride and knowledge that she is still the most stunningly and spectacularly beautiful girl in the world. I firmly believe it was no mere coincidence we met at the one and only Parker House. That said, I still pinch myself and wonder, ‘how I ever got so lucky to meet her and marry her, I will never know.’ Thank you, Parker House. I remain madly in love with this beautiful ‘Jersey girl’.

I love you Valerie.” 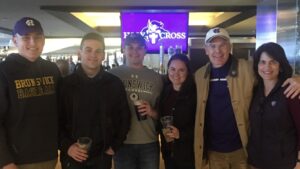 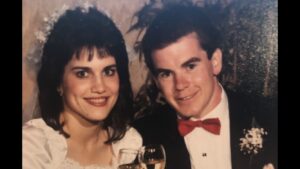