“My now husband and I met in Manasquan where we both had beach houses in 2017. At the time we met, we had no idea that his house was in the backyard of my house! Parker House is so important to us because it symbolizes our first true connection. After getting this mysterious hot neighbors phone number at Leggetts, I decided to invite him + his friends to Parker House one Sunday when Pat Roddy was playing. I remember waiting + waiting, feeling defeated that he might not show. Turns out he was upstairs looking for me, he had never been to PH + didn’t realize there was a basement! (Rookie move) When he finally emerged down the stairs, I introduced him to oyster shots + then we spent the night singing our hearts out. What I knew that night was that it was going to be a fun summer; what I didn’t know was that a fun summer would turn into a lifetime of happiness” 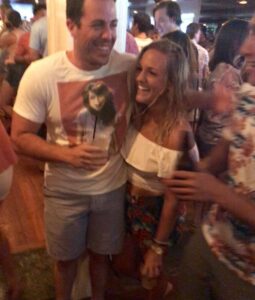 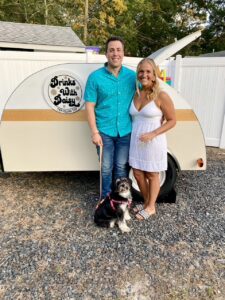